Del. Tawanna Gaines resigned her House seat after being charged with wire fraud. Read our statement on this unexpected development.

GMOM participated in a Labor Day March in Washington with an economic justice group called Our Money. GMOM President Charlie Cooper was a featured speaker. We marched from the Martin Luther King, Jr. Memorial to the Federal Reserve Bank to emphasize the theme of the march - full employment. Our Money founder, Rev. Dr. Delman Coates, emphasized that the political power of the banks has distorted our money creation process to support profit for a few financiers while we fail to finance vital public infrastructure that could create full employment and shared prosperity. See our short highlight video of the march below:

The Trump Administration reversed its position on its efforts to include the citizenship question in the 2020 census, saying it will use any means to include the question, once again throwing the outcome of the dispute into uncertainty.

The Trump Administration will drop efforts to include a citizenship question on the 2020 census. This comes after the Supreme Court ruled that the Administration's original rationale (to help enforce the Voting Rights Acts) was a subterfuge. Critics had charged that the purpose of the question was to discourage undocumented immigrants from answering the census and thus produce an undercount that would favor Republican states and Congressional districts. Such an undercount could have created a built-in advantage in apportionment of seats in Congress to the states, in gerrymandering Congressional and state legislative districts, and in receipt of federal funds for hundreds of programs.

A federal court ruled that 34 of Michigan's Congressional and and state legislative are unconstitutional gerrymandered for partisan purposes. The court ruled that First-Amendment rights of Democratic voters were trampled "by placing them in districts where their votes were worthless." Also, the 14th-Amendment guarantee of equal protection was violated.  "...[T]he impact of the ruling ultimately will turn on an opinion by the Supreme Court, which is weighing decisions in two other partisan gerrymander cases involving congressional districts in North Carolina and Maryland. 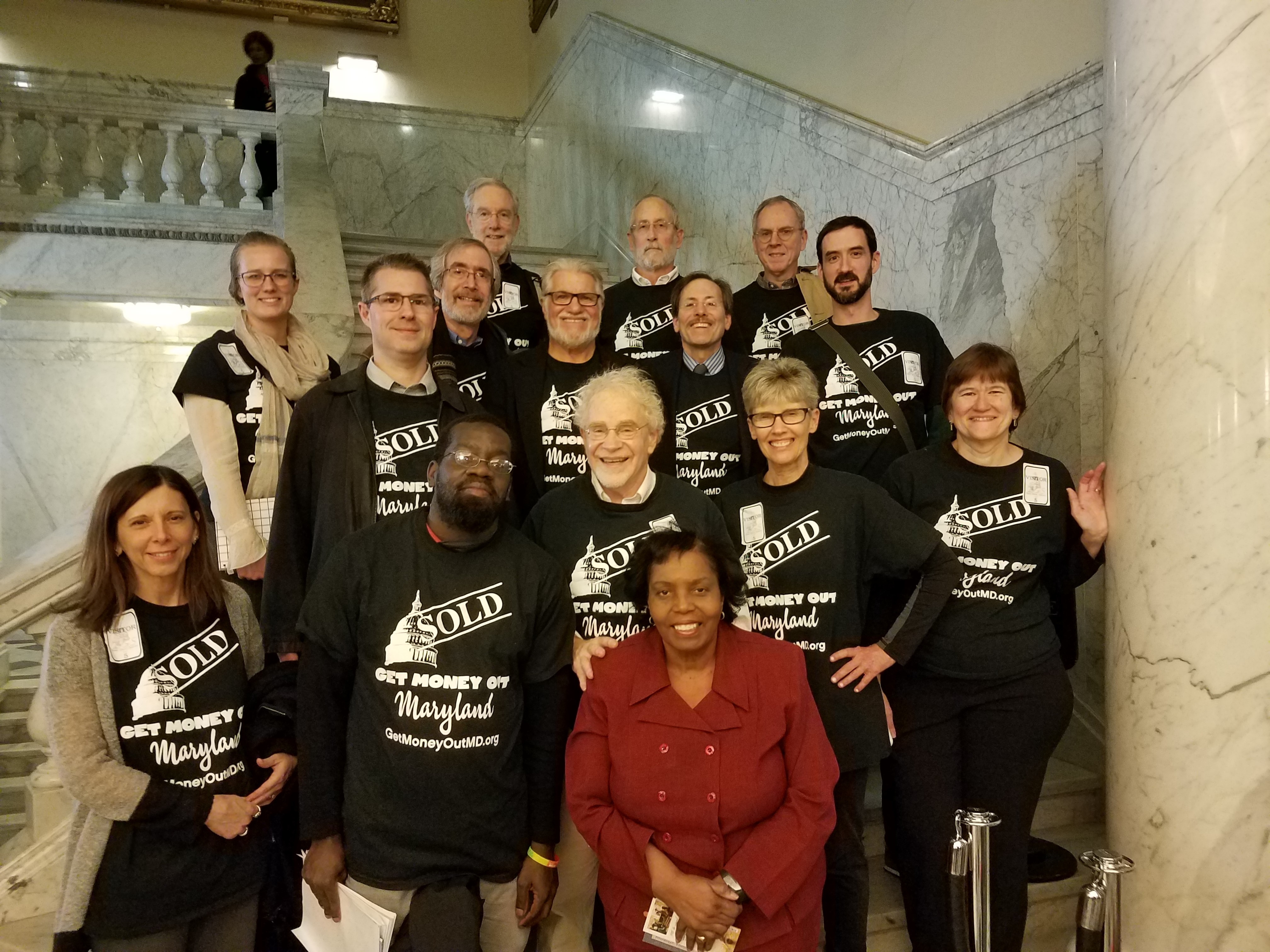 Jan. 28. Here’s half of our Lobby Night attendees with House of Delegates sponsor Tawanna Gaines.

H.R. 1 by Speaker Pelosi and Rep. John Sarbanes (MD-3) "To expand Americans’ access to the ballot box, reduce the influence of big money in politics, and strengthen ethics rules for public servants, and for other purposes." It has 227 co-sponsors. The text is available.